QUESTION
We service our own mortgage loans. Our foreclosure attorney has told us that we can foreclose on a property even though the borrower canceled the rescission over six years ago.

The borrower sent a letter to us, canceling the loan after the closing. But then he canceled the rescission by telling us that he wanted to go ahead with the loan. So, our manager wrote in the margin of the letter “cancellation canceled.”

Our borrower was current until this year. But he fell far behind and went into default. We tried to foreclose, but the borrower now says he rescinded, so he claims that we can’t foreclose. Our attorney says we can foreclose.

We have no other document that shows the borrower canceled the rescission, only our own employee’s margin note - “cancellation canceled” - in the borrower’s letter.

So, did he cancel the rescission?

ANSWER
‘Tis the stuff of litigation!

I bring you good tidings, as it favors your attorney’s view.

But it is possible that your borrower will hire an attorney to oppose the foreclosure. Before proceeding with the good news, you can let out a rant now at the borrower’s attorney, who may take up your borrower’s cause.

A knave; a rascal; an eater of broken meats; a
base, proud, shallow, beggarly, three-suited, hundred-pound, filthy, worsted-stocking knave; a
lily-livered, action-taking knave, a whoreson, glass-gazing, super-serviceable finical rogue;
one-trunk-inheriting slave; one that wouldst be abawd, in way of good service, and art nothing but
the composition of a knave, beggar, coward, pandar,
and the son and heir of a mongrel bitch: one whom I
will beat into clamorous whining, if thou deniest
the least syllable of thy addition.

Ah! Now that feels better. So, now, let’s proceed with the good news.

Regulation Z [§ 1026.23(a)(3)] allows a consumer to exercise the rescission right until the third “business day” following the last in time of the following events:


Upon receipt of a rescission notice that complies with Regulation Z, a creditor must, within 20 days,

“return to the obligor any money or property given as earnest money, down payment, or otherwise, and shall take any action necessary or appropriate to reflect the termination of any security interest created under the transaction.”

I’m going to use a case to support the view that your attorney is correct.

A New Jersey state court recently considered a situation similar to this one, where a borrower exercised her right to rescind in a timely manner, then accepted the loan proceeds and made timely monthly payments for five years.

She made timely monthly payments for about five years, then defaulted in March 2009. Bank of N.Y. Mellon, as assignee of the mortgage, began foreclosure proceedings.[i]

Dicicco answered, alleging that the bank “lack[ed] standing to prosecute” because it or Full Spectrum had “failed to comply with TILA by failing to honor…[Dicicco’s] written rescission notices as required by TILA…and Regulation Z.” She argued that her notice of rescission had been sent prior to disbursement and that pursuant to TILA the mortgage and note were deemed null and void, and therefore she had no obligation to pay.

“there does not exist a valid mortgage on the premises as the transaction was canceled in accordance with TILA and Regulation Z."

Here is where it gets interesting, in that it shows the argument advanced by Dicicco’s attorney.

At a summary judgment hearing, Dicicco’s counsel argued that Dicicco’s five years of timely payments were undertaken simply to “preserve the status quo” and because Dicicco was trying to preserve her position concerning her loan so that when [Full Sprectrum] did unwind it she would not be behind.” The counsel concluded that “any payments that she made were…at best…received as a gift by [Full Sprectrum]…and [Dicicco] has no further obligation.” Decicco maintained that TILA supported a conclusion that “upon rescission the loan was void” and she was “required to tender back the loan proceeds…only after [Full Spectrum] performed its statutory obligations.”

The bank acknowledged that it “doesn’t dispute the fact that a valid notice of rescission was sent [by Decicco to Full Spectrum]” and agreed that Full Spectrum had received the notice to cancel yet still tendered the loan proceeds to her. The bank also acknowledged that, under TILA, Dicicco “was not obligated to return the cash that she received…immediately, because…[she was] not obligated to return those funds until…[Full Spectrum] acted.”

The trial court granted summary judgment for the bank. It rejected the bank’s arguments that Dicicco’s claims were time-barred by TILA. Dicicco was entitled to raise violations of TILA as a defense in the foreclosure action.

Even so, the April 2004 notice of rescission did not bar foreclosure given Decicco’s “subsequent and consistent ratification of the terms of the loan” by choosing to keep the funds and make timely payments for 5 years. The trial court found that Dicicco must have considered the mortgage and note enforceable because it was unlikely that she would have continued sending monthly payments to a creditor to whom she believed nothing was owed.

The court also declined to unjustly enrich Decicco, stating that to escape foreclosure on these facts would “render the proceeds of the [m]ortgage a windfall to [Dicicco], who would then be free of any obligation under the [n]ote” and the bank would be left without recourse to pursue the amount loaned by Full Spectrum. The Office of Foreclosure entered judgment for $445,554.90, plus interest and costs.

The appellate court affirmed. Dicicco had ratified the terms of the loan by commencing payment and continuing to pay for 5 years. The court said that the 2015 ruling in Jesinoski did not apply to a case of ratification and did not stand for the proposition that a creditor under these circumstances loses all interest in the property resulting in the borrower getting a free house.[ii] Dicicco did not tender the residence or the proceeds of the loan to Full Spectrum or the bank following the notice of rescission.

I have written extensively about the Jesinoski decision. See my article Right of Rescission after Jesinoski v Countrywide.[iii]

Jesinoski did not overturn precedent that “a notice of rescission is not effective if the obligor lacks either the intention or the ability to perform, i.e., repay the loan” nor did it overturn a court’s discretion to modify rescission procedures. DiCicco clearly intended to repay the loan, as she performed in accordance with its terms for years and used its funds to pay off a prior mortgage and other debts, and also retained $38,457.66 of the proceeds.

Thus, to allow Dicicco to void the mortgage and escape foreclosure would lead to her unjust enrichment.

[i] Bank of N.Y. Mellon v. Dicicco, 2020 N.J. (App. Div. Feb. 3, 2020)
[ii] Jesinoski v. Countrywide Home Loans, Inc., 574 U.S. 259 (2015). This case pivoted on the language of 15 U.S.C.S. § 1635(a). The ruling, briefly put, said that (1) the rescission was effected when a borrower notified the creditor of his intention to rescind; (2) so long as the borrower notified within three years after the transaction was consummated, his rescission under the Truth in Lending Act was timely, and there was no requirement that a borrower sue within three years; and (3) The borrowers' complaint was improperly dismissed as untimely where they had mailed the lenders a written notice of their intention to rescind within three years of their mortgage loan's consummation, and that was all that was required in order to exercise the right to rescind under the Act.
[iii] Right of Rescission after Jesinoski v Countrywide, Foxx, Jonathan, Lenders Compliance Group, March 6, 2015 https://lenderscompliance.blogspot.com/2015/03/right-of-rescission-after-jesinoski-v.html 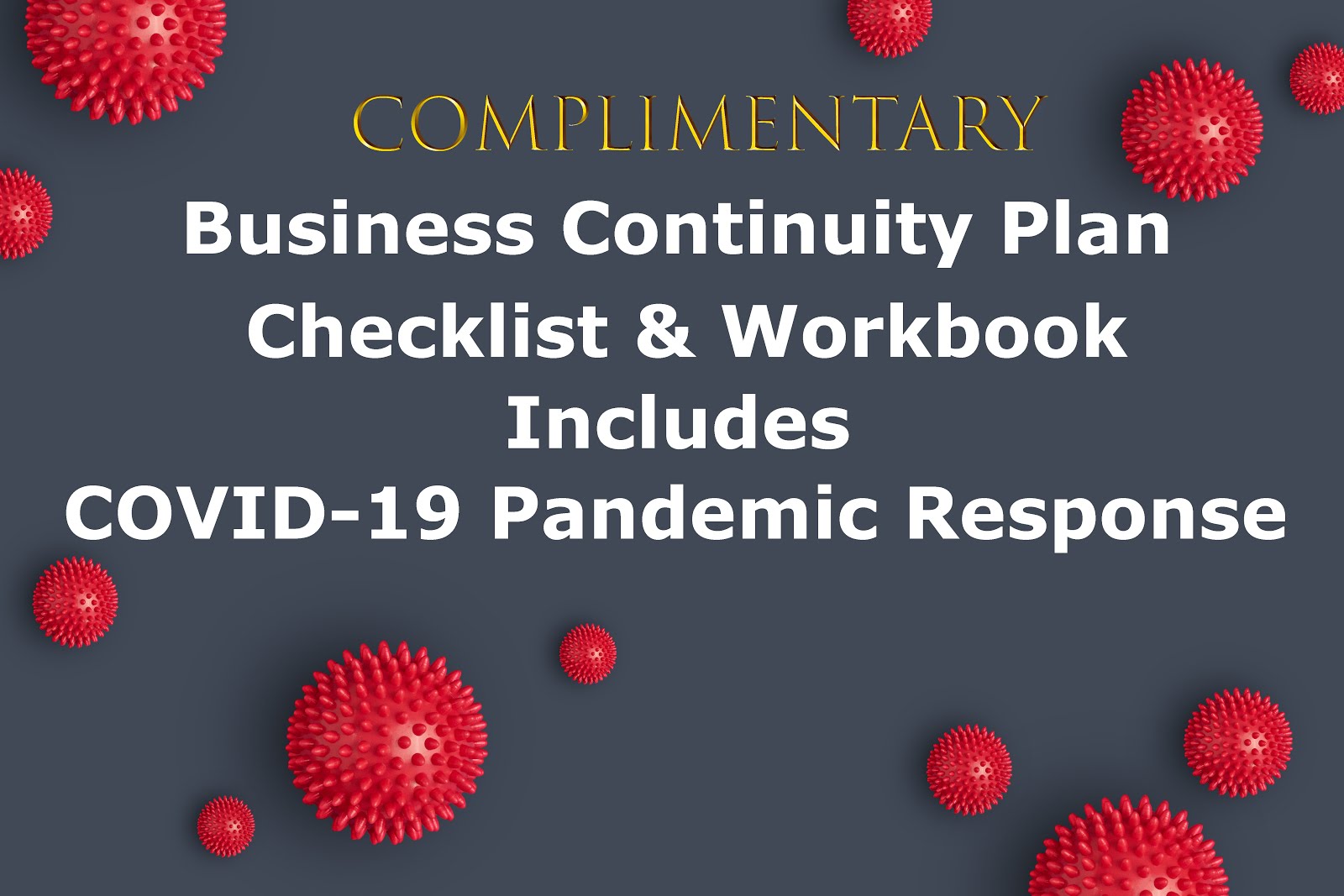