QUESTION:
What significant amendments are being made to the Qualified Written Request (“QWR”) rules under RESPA effective January 10, 2014?

ANSWER:
Section 1463 (c) of the Dodd-Frank Act modifies RESPA by significantly reducing the time period mortgage servicers have to respond to a QWR from a borrower. Section 1463 (c) contains the following modifications:

(A) The period of time for a servicer to acknowledge receipt of a borrower’s QWR is reduced from 20 days (current requirement) to 5 business days.

(B) The period of time for a servicer to respond to a borrower’s QWR is reduced from 60 days (current requirement) to 30 business days.  A servicer has a right to a 15 day extension to the 30 business day response period by notifying the borrower of the need for the extension and the reason(s) the extension is needed.

Given these changes and the increased exposure to mortgage servicers resulting therefrom, mortgage servicers need to make sure that their policies and procedures are updated to avoid running afoul of the new time lines concerning responding to a QWR.

What is an “application” under HMDA?

QUESTION
We are getting ready to complete our HMDA filing report and we have many prequalification requests. Are prequalifications considered “applications” under HMDA, and, therefore, must be included in our HMDA-LAR?

ANSWER
In general, an “application” is an oral or written request for an extension of credit through a purchase money, refinance, or home improvement in a loan transaction that is originated pursuant to a financial institution’s loan origination procedures.

The ECOA does include prequalification requests as applications, such as where these requests may constitute applications under Regulation B for purposes of adverse action notices, under certain circumstances. [12 CFR part 203, Supplement I 203.2(b)-1 and (b)-2]

What is an Affiliate under the Qualified Mortgage rule?

QUESTION
What is the definition of an “affiliate,” with respect to the QM 3% Points and Fees cap under the Ability-to-Repay and Qualified Mortgage rule?

(A) the company directly or indirectly or acting through one or more other persons owns, controls, or has power to vote 25 per centum or more of any class of voting securities of the bank or company;

(B) the company controls in any manner the election of a majority of the directors or trustees of the bank or company; or

(C) the Board determines, after notice and opportunity for hearing, that the company directly or indirectly exercises a controlling influence over the management or policies of the bank or company. [12 USC Section 1841(a)(2)]

Although (A) and (B) are straightforward, (C) is vague and the “unofficial staff guidance” (hopefully “official guidance” will be available down the line”) is just as vague as terms such as “controlling influence” are not specifically defined and are subjective in nature.

To determine whether there is an affiliate relationship under QM, the management and ownership interests of the creditor and the affiliate need to be analyzed in great detail. Only then can the specific facts be applied to the definition set forth in the Act and an answer to the question above determined. It is suggested that you spend the time required to perform an analysis, document your findings and reasoning for the determination. Most importantly, be aware of investor overlays as they may very well exceed the “unofficial guidance” provided by the CFPB.

As HUD stated in the Final Rule:

In part, HUD stated there was a problem involving “…disbursements for items such as property taxes [that] will increase substantially in the second year of the escrow account and where ‘payment shock’ -- the consumer's experiencing of a substantial rise in escrow payments -- will result. The Department has chosen to address this matter by recommending (but not mandating) a best practice for servicers: a voluntary agreement to accept overpayments.” (Emphasis added.)

Thus, HUD had identified a problem with respect to applying an escrow account procedure under Regulation X, and sought to remedy it in the Final Rule. 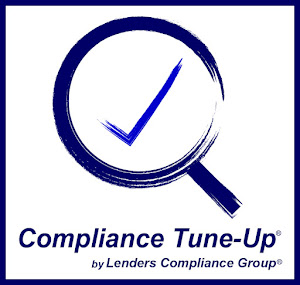 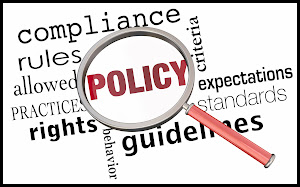